Euro 2020 certainly made up for its year-late start, with cracking matches, tense encounters, and plenty of surprises. And while technically the tournament’s top scorer was ‘Own Goals’ (10 own goals – more than previous European Championships combined), numerous players showcased their talent during the tournament. The one and only Cristiano Ronaldo proved his class once again by finishing as the tournament’s official top scorer despite Portugal being knocked out by Belgium in the Last 16, but the likes of France’s Kylian Mbappe failed to live up to pre-tournament expectations. Instead, a handful of relatively unknown players broke out this summer, with many being hopeful of earning big moves during the summer’s transfer window.

Some teams underperformed, while some overperformed, with Euro 2016 winners Portugal exiting at the Last 16 and 2018 World Cup winners being knocked out in the quarter-finals by Switzerland; while the Czech Republic beat the returning Dutch to reach the quarter-finals and Denmark reaching the last four after losing their first two group-stage games.

Transfer News Central looks at 7 outstanding players from this summer’s Euro 2020 tournament that will be on the radar of some big European clubs during the transfer window. 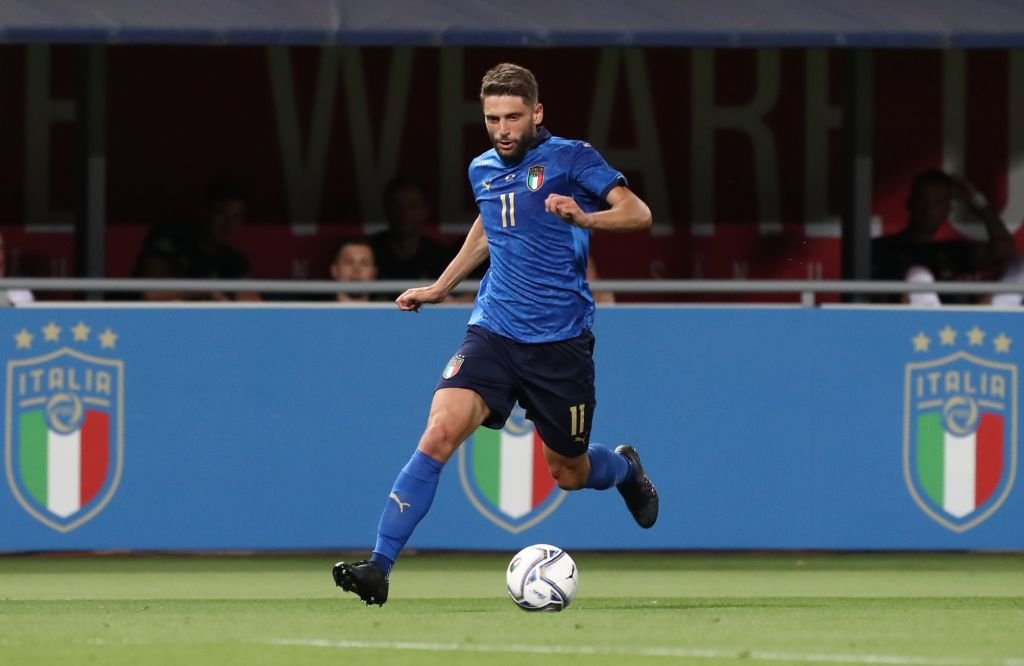 While fellow Italy winger Federico Chiesa might have been named in the team of the tournament ahead of Berardi, with Chiesa set to complete a permanent move to Juventus, it is the 26-year-old Sassuolo vice-captain that is the likelier of the two to move this summer. Berardi featured in 6 of Italy’s 7 games at Euro 2020, starting 3 of them, and the winger was always an attacking threat for the Italians, managing to add two assists to his exceptional performances. These performances prompted a number of clubs to have a look at Berardi, most notably Liverpool. It has been reported shortly after the tournament, that Liverpool have contacted Berardi’s agent, with Liverpool aiming to freshen up their front-three. 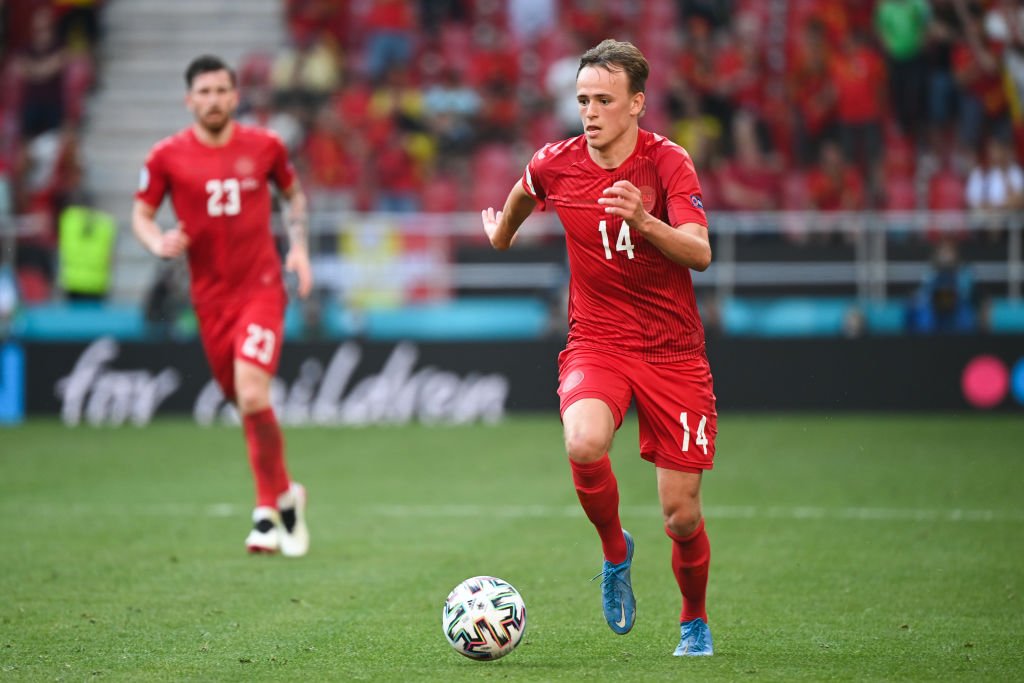 Before the tournament, very few football fans would have recognised the name of Mikkel Damsgaard. Now, almost every fan is aware of the 21-year-old Dane’s talents. Damsgaard was Denmark’s creative spark after replacing Christian Eriksen in the team following the Inter Milan midfielder’s collapse against Finland. The Sampdoria attacker showed glimpses of magic throughout his 5 appearances for Denmark, but perhaps his biggest moment came in the semi-final against England, when Damsgaard scored the opening goal with a brilliant free-kick. While Denmark ended up losing the game in extra-time, Damsgaard caught the eye of the likes of Barcelona, Liverpool, Everton, Leeds, and Tottenham. Damsgaard only joined Sampdoria last summer, and the club’s president is not prepared to sell the Danish youngster, unless a club offers around €40/45m. 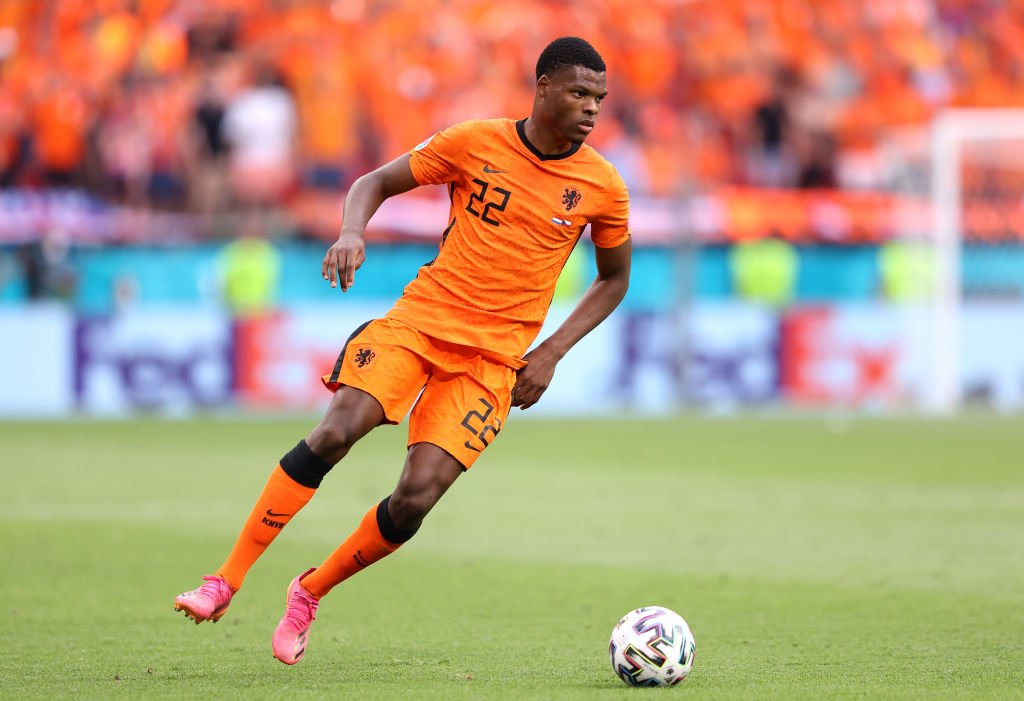 The Netherlands were making their long-awaited comeback to a competitive tournament since the 2014 World Cup, and while they were knocked out by the Czech Republic in the Last 16, right-back Denzel Dumfries was one of the positives for the Dutch side. The PSV captain managed to score two goals and add one assist in four games, all from the wing-back position. His attacking displays have prompted Serie A champions Inter Milan to consider Dumfries as a direct replacement for the PSG-bound Achraf Hakimi. According to reports, however, Inter cannot afford the €20m asking price, with the 25-year-old most likely to join Everton due to Inter’s financial troubles. New Everton boss Rafa Benitez is keen on bringing in a right-back to compete with the now ageing captain Seamus Coleman, with Dumfries seen as a perfect fit. 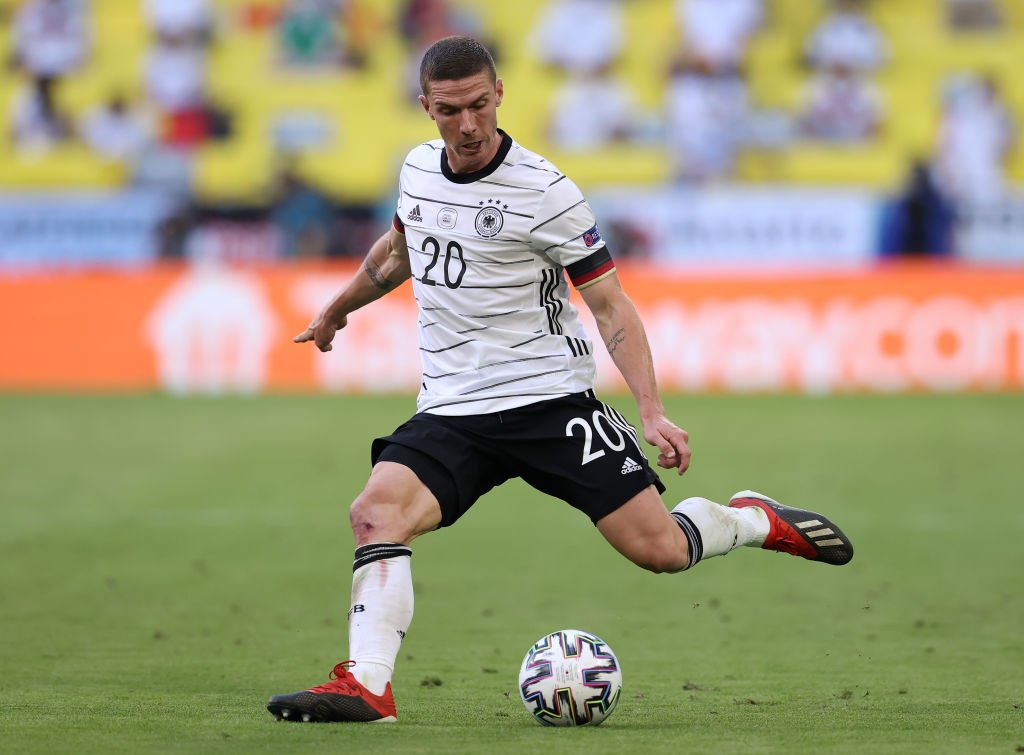 Germany were trying to implement a wing-back system during Euro 2020, a system that has never been associated with Die Mannschaft, but due to left wing-back Robin Gosens’ displays, it worked for the most part. Germany made it out of the group of death with a win and a draw under their belts, and Atalanta wing-back Gosens was a big part of those collected points. The 27-year-old German managed to provide two assists while also scoring one goal in four appearances at the tournament, and he was a constant attacking threat down the German left side. These displays prompted interest from Barcelona, who are looking to add competition for left-back Jordi Alba. The Catalan club have been reportedly quoted €35m for Gosens’ services by Atalanta, and with Barcelona’s current financial situation, it is unlikely they will be willing to fork out that much this summer. 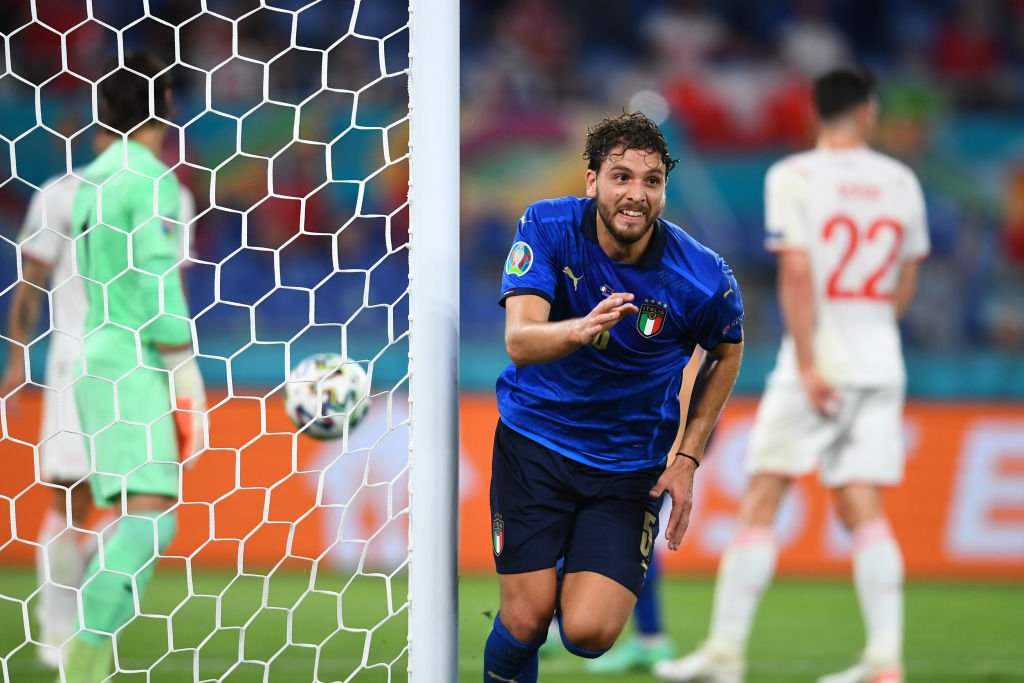 Manuel Locatelli began Euro 2020 as Marco Verratti’s replacement, and while the PSG man eventually regained his place in the Italy midfield, Locatelli managed to score two goals at the tournament and provide displays that prompted Juventus and Arsenal to battle it out for his signature. Locatelli is a former AC Milan youth player, but it looks like he might be joining one of Milan’s Serie A rivals in Juventus. Arsenal have been heavily linked with the 23-year-old midfielder, but due to reports in Italy, Locatelli is keen on a move to the Old Lady. Arsenal are prepared to pay Sassuolo’s €40m asking price, but it seems like talks between Juventus and Sassuolo have already begun, suggesting that Locatelli will soon be a Juventus player. 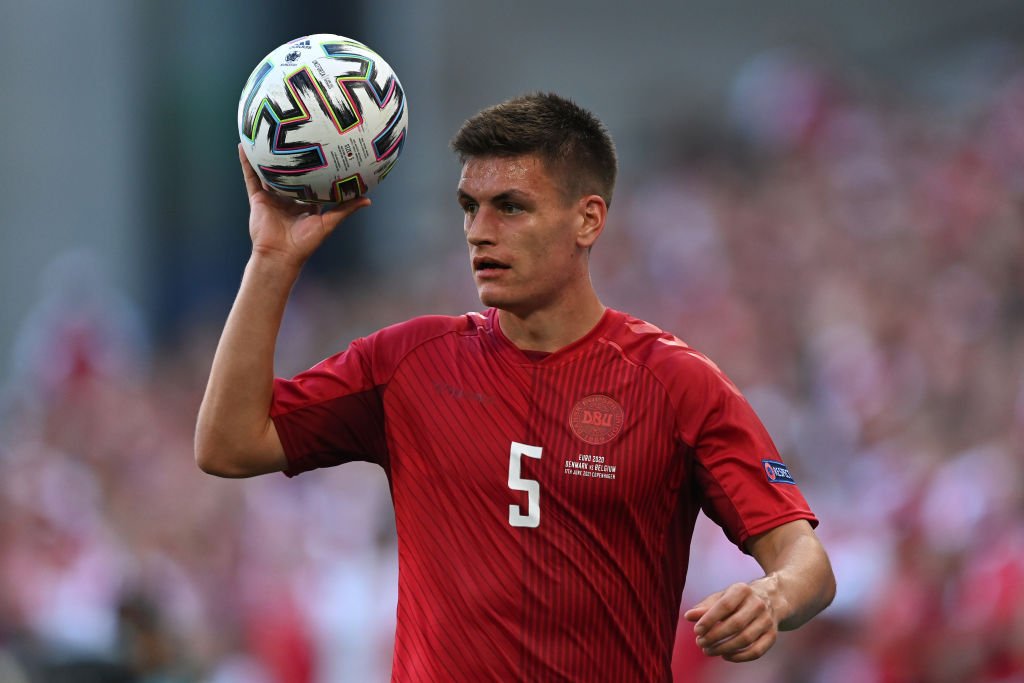 Denmark were one of the surprise packages at Euro 2020, and wing-back Joakim Maehle contributed significantly to Denmark’s displays. The 24-year-old scored two goals and provided one assist at Euro 2020, and while Maehle usually featured as a right wing-back for his club Atalanta, he was deployed on the left for the Danes. Maehle only joined Atalanta in January of this year from Genk, but due to his exceptional performances for Denmark, two London clubs in Arsenal and Chelsea are ready to battle it out for his signature this summer. Inter Milan have also been rumoured to be interested, but due to their financial problems, a move to Serie A rivals seems unlikely. 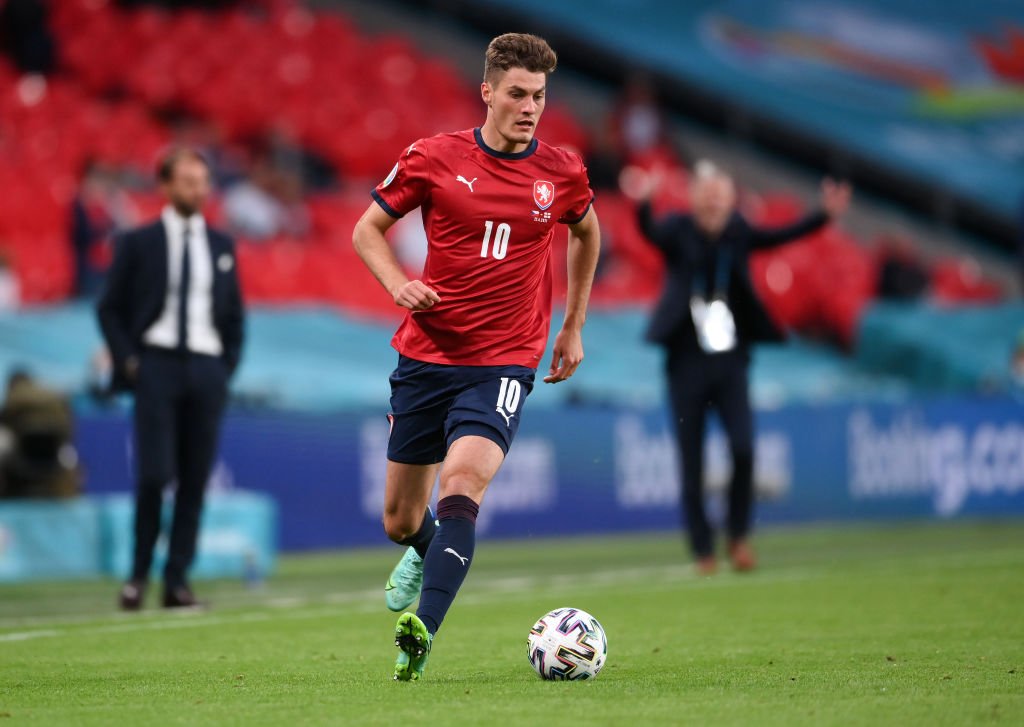 Czech striker Patrick Schick was certainly one of the surprise performers of Euro 2020, with the Bayer Leverkusen player scoring 5 of the 6 goals the Czech Republic scored at the tournament. The 25-year-old frontman was only beaten to the Euro 2020 golden boot by Cristiano Ronaldo based on assists, and his exceptional goal-scoring abilities have prompted a number of Premier League clubs to take note. Perhaps Schick’s greatest moment came in the Czech Republic’s opening game against Scotland when after heading in the Czechs opener in the first half, Schick silenced the Hampden Park crowd with a 50-yard strike in the second half. Schick has already experienced two big-money moves, with a €42m move to Roma in 2018 and a €26.5m move to Bayer Leverkusen last summer. Nonetheless, a handful of Premier League clubs are interested, with the likes of Aston Villa, Everton, Liverpool, and West Ham very keen to sign the Czech striker. 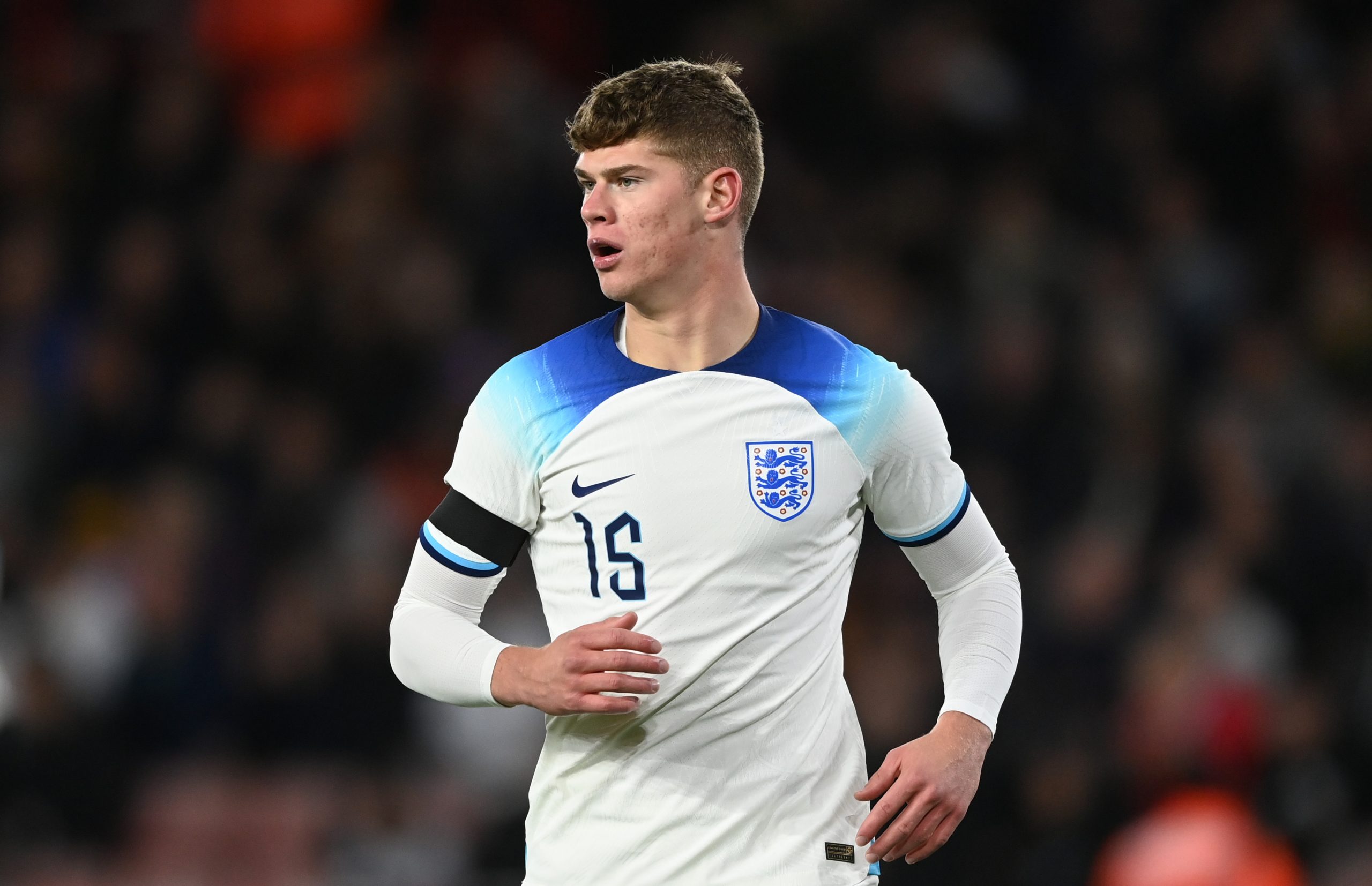 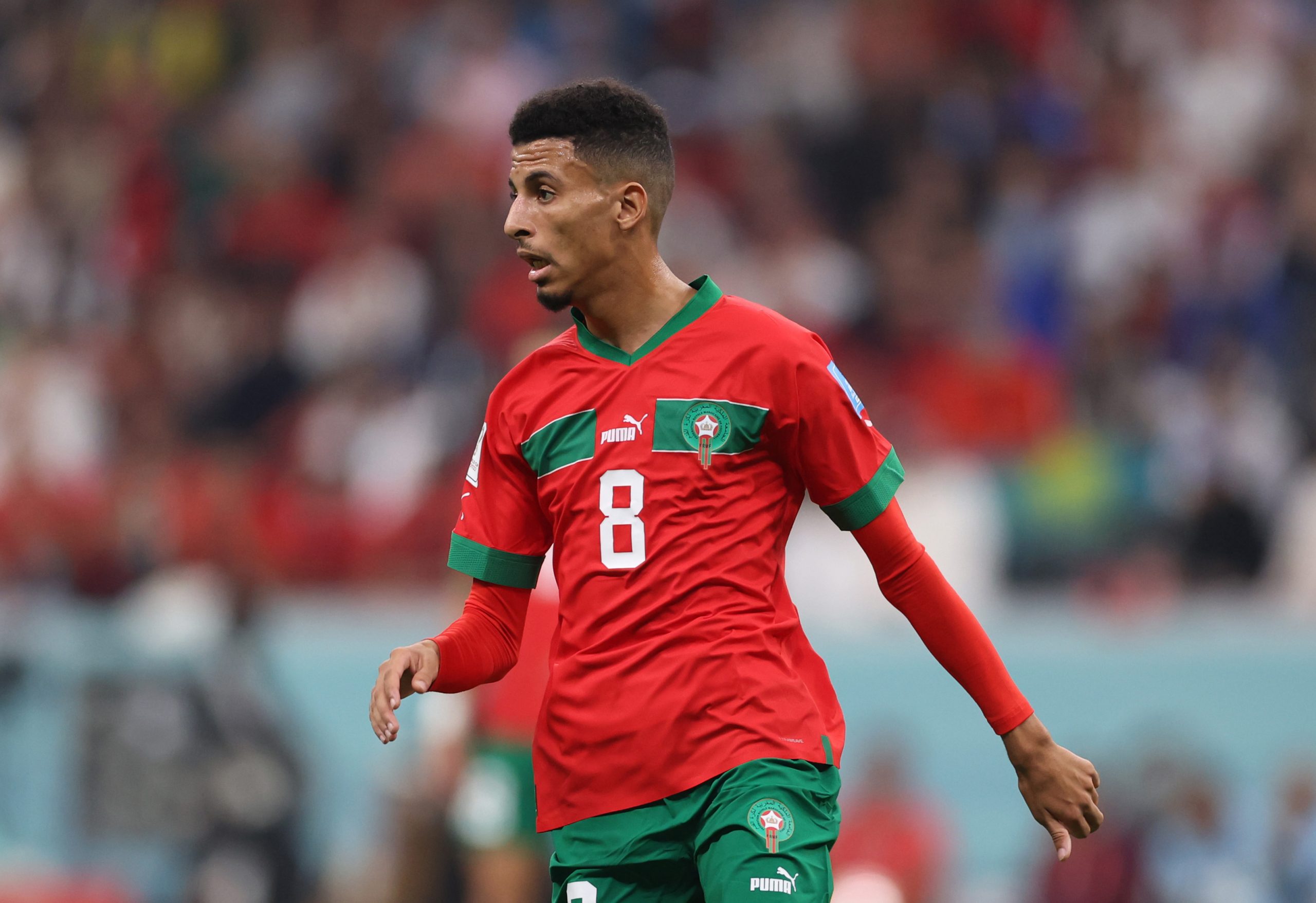 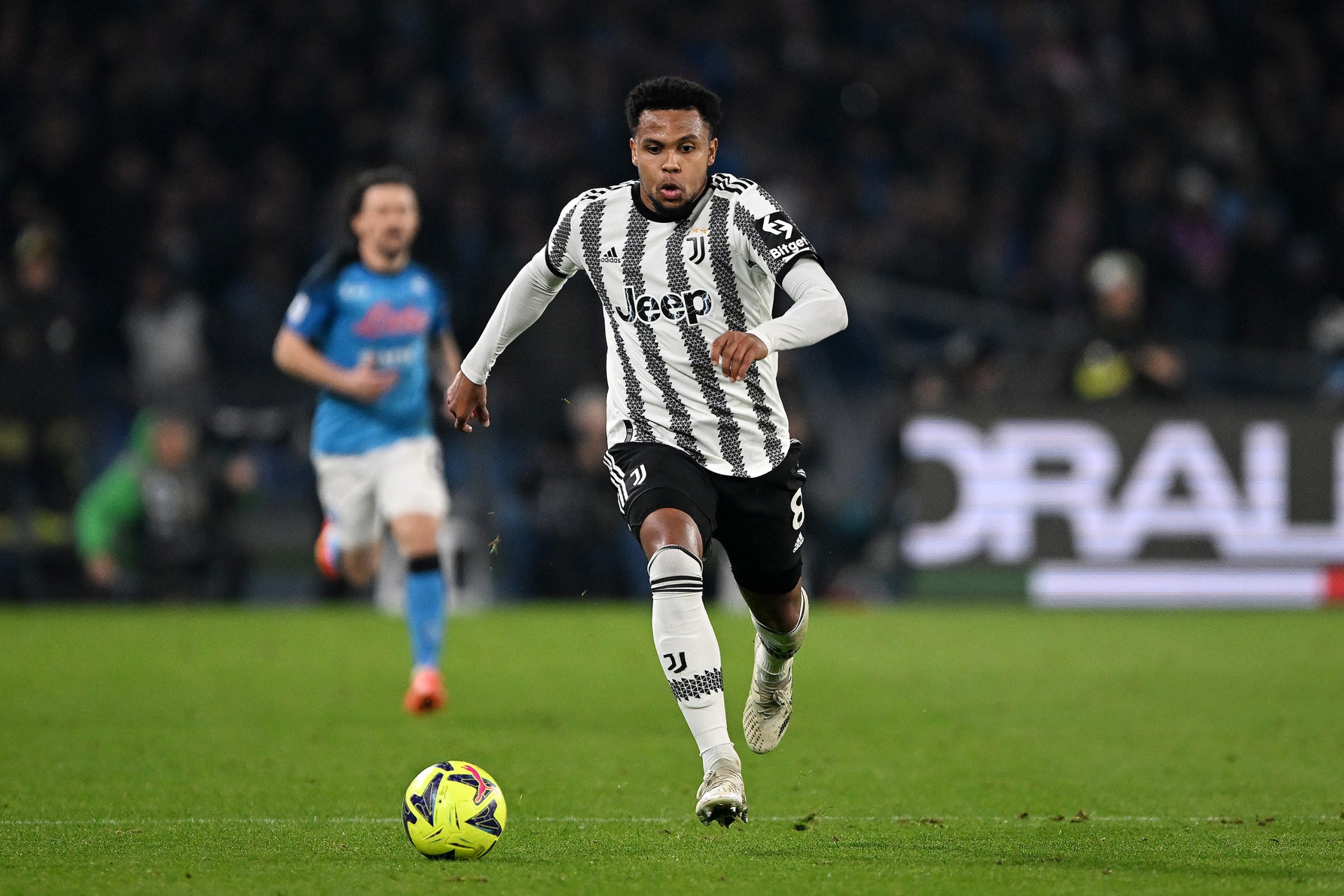 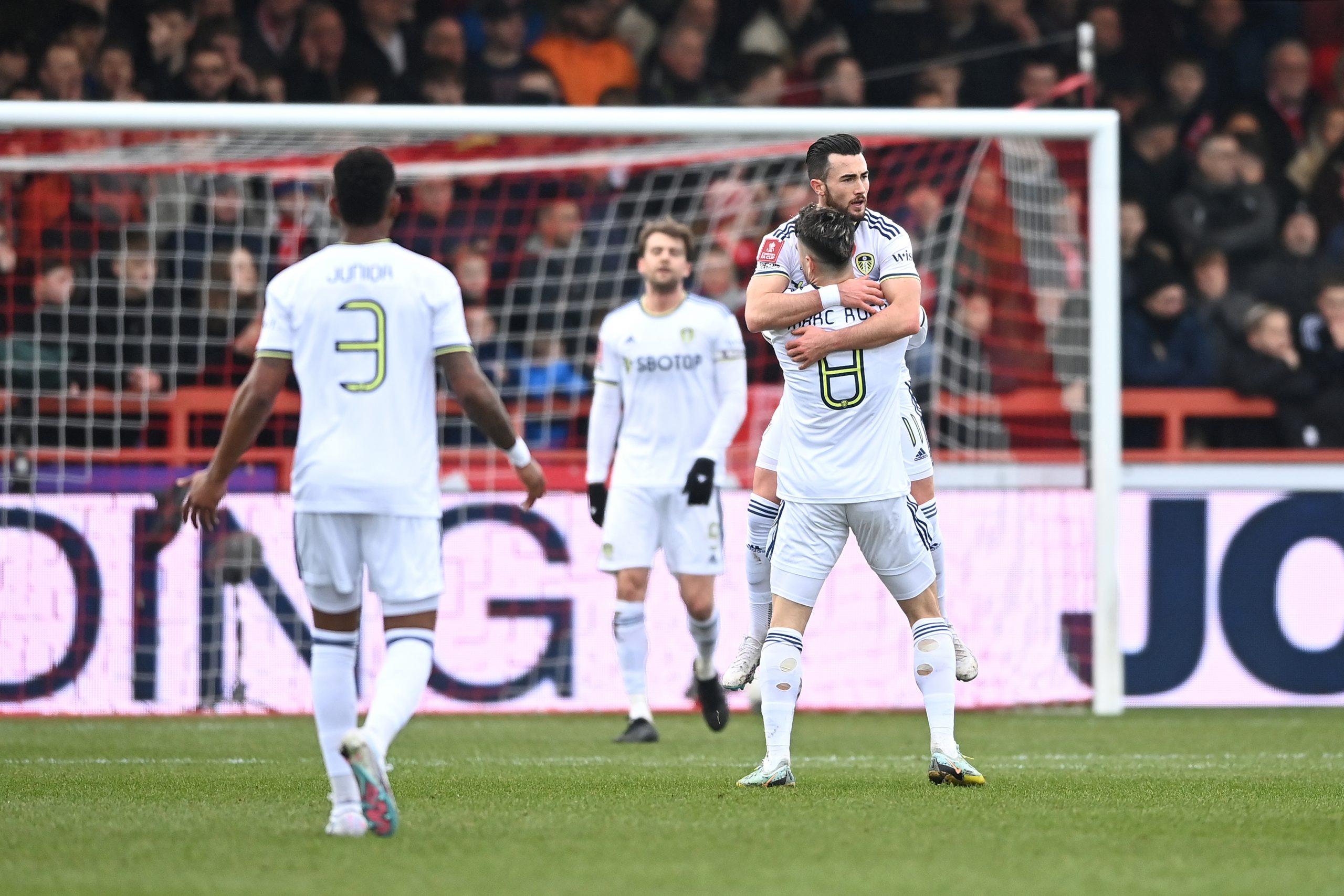 Jack Harrison to Leicester City: What do we know? How much is being offered? Has Jesse Marsch commented? 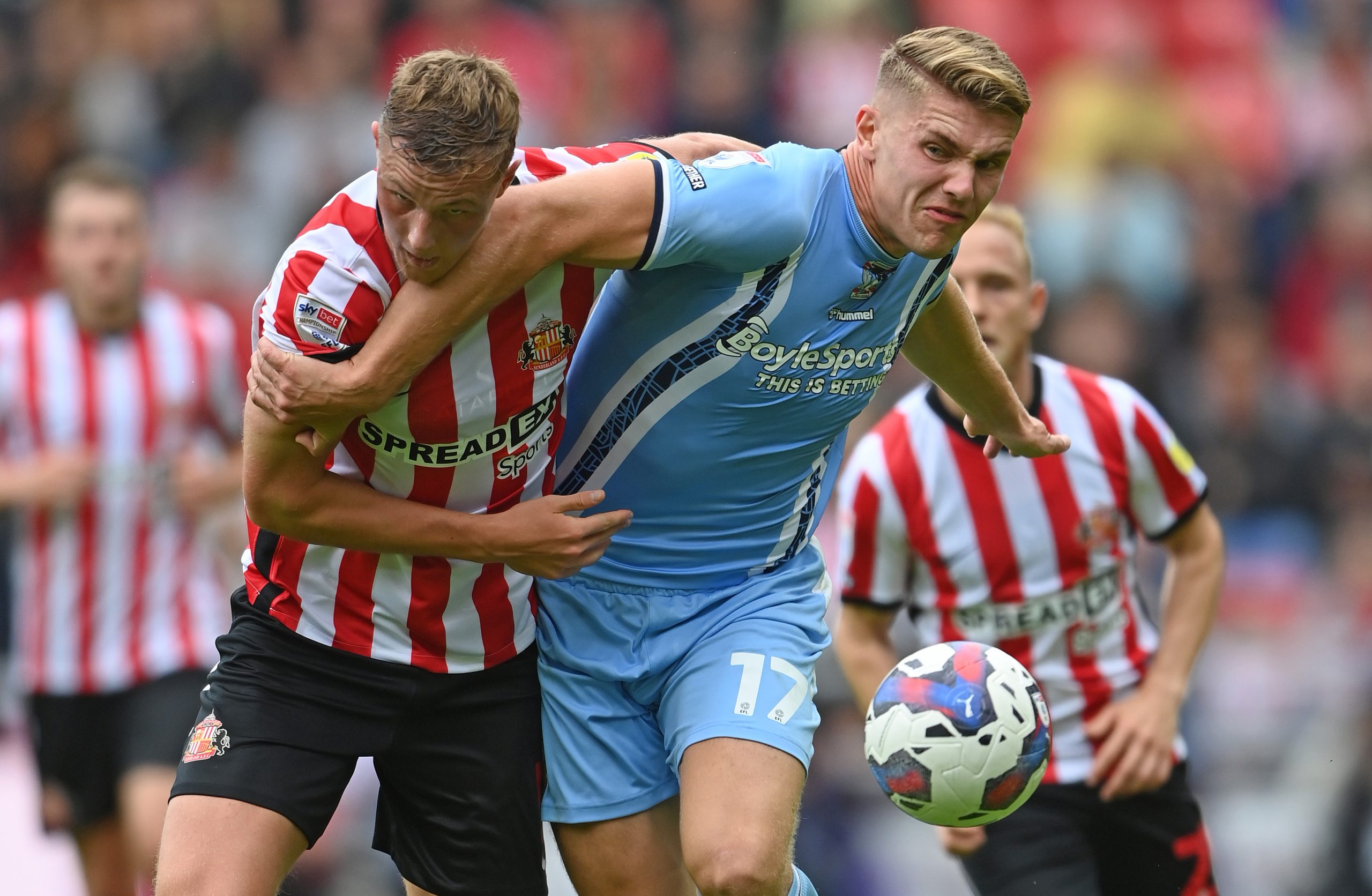 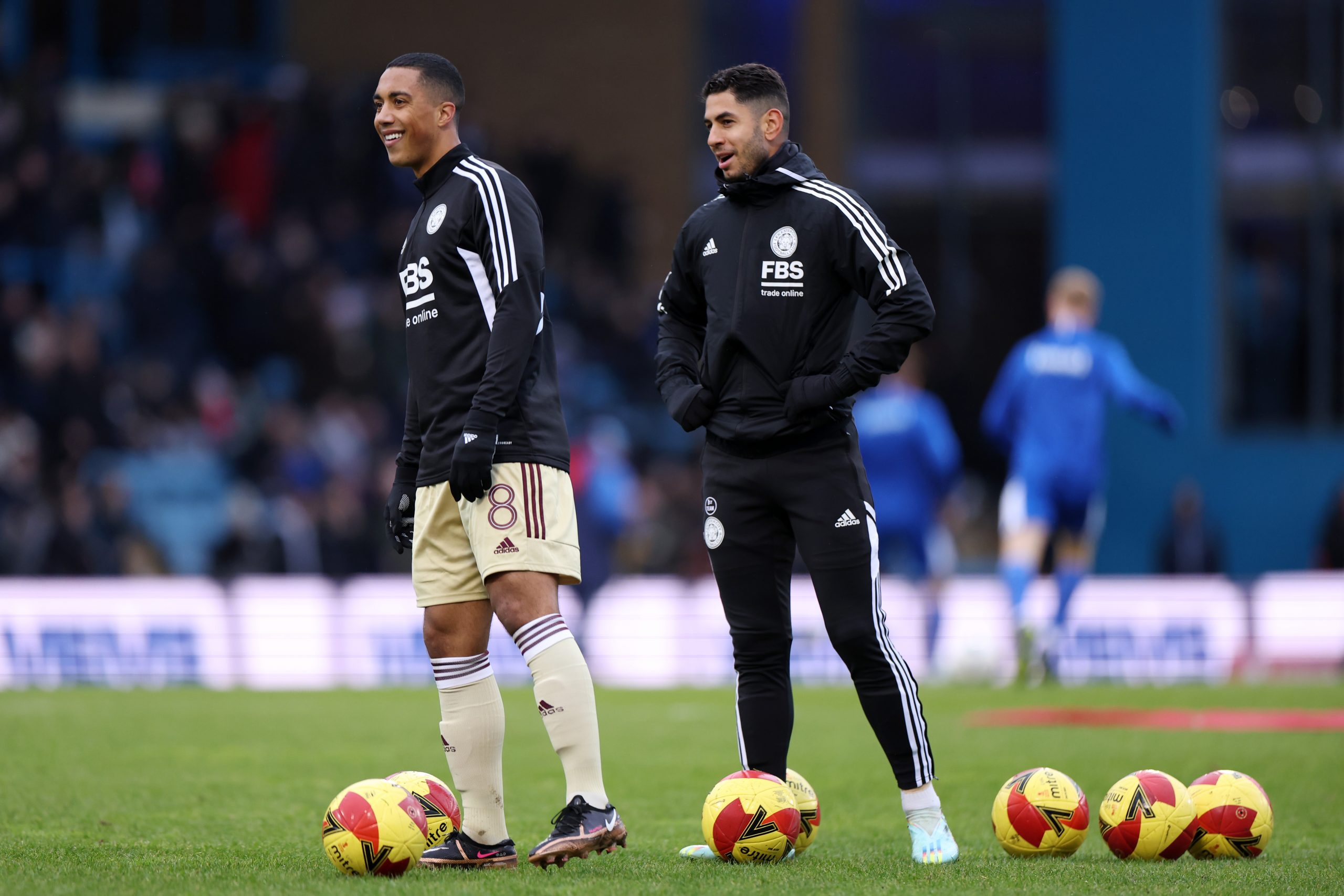