Although Madrid manager, Zinedine Zidane has to be disappointed at missing out on Pogba, van de Beek is surely a worthy consolation prize. With a transfer fee rumored to be around €50 million, the Dutch midfielder is bringing quality to the Bernabau for a far better value than Pogba. 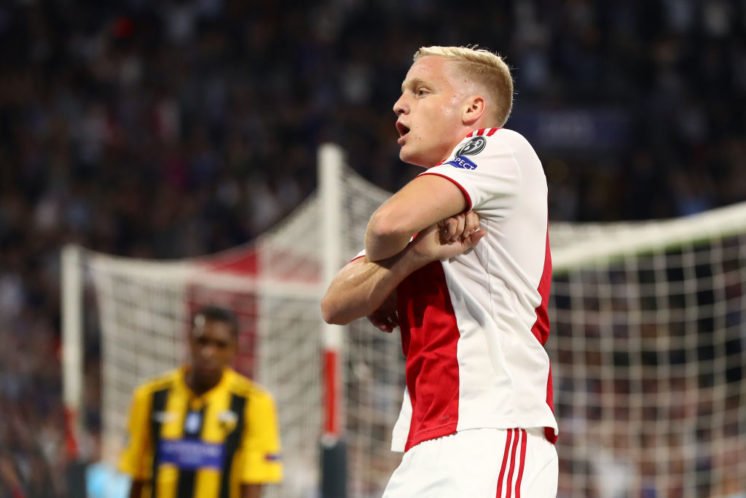 Van de Beek looks set to join the list of Ajax starlets sold after their magical Champions League run last season. Fellow countrymen Frenkie de Jong and Matthijs de Ligt have already been sold to Barcelona and Juventus, respectively. Rumors are swirling that David Neres and Hakim Ziyech may yet head for the exit as well.

With van de Beek’s arrival, a cloud is now cast over the future of Paul Pogba. The player has made it known his desire to exit and now seems stuck at Old Trafford. United manager, Ole Gunnar Solskjaer recently stated he has “no doubt” Pogba will remain and with the Premier League transfer window closing on the 8th of August, that seems likely.

Van de Beek looks set to be announced in the coming days. His energy and link up play will hopefully bring a spark to a Real Madrid side that has looked flat in preseason.