It is being reported by Marca, that James Rodriguez could be on his way to Serie A side, Napoli, after the clubs sporting director, Cristiano Giuntoli, was seen in Madrid to finalise a deal for the attacking midfielder.

Real Madrid are thought to want around €42million (£37.7million) for the Colombian-international, but Napoli are only interested in taking Rodriguez on a one-year loan with the option to buy clause implemented into the deal. 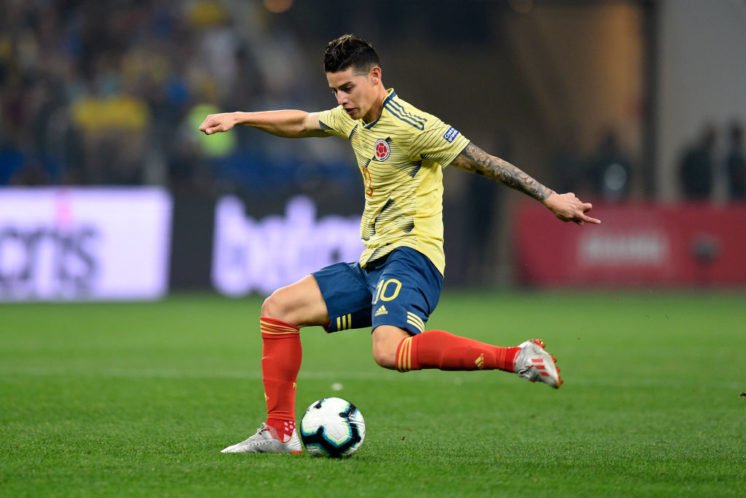 Although James Rodriguez managed to feature in 43 Bundesliga games during his 2-year loan-spell at Bayern Munich, the 2019 DFB-Pokal winners no longer want the playmaker to be a part of their set-up, ultimately forcing the 27-year-old to return to Spain for his future to be decided by Real Madrid.

In his time spent in the Bundesliga, Rodriguez managed to add 14 goals and 14 assists to his record, but his injuries remain a stumbling block for any team interested in securing his signature.

Among those interested are, Serie A contenders Napoli who continue to be the frontrunners, Real Madrid’s league and city rivals, Atletico Madrid, and surprisingly, Premier League side, Wolves.

Which club should James Rodriguez join to revive his career? Get involved and share your opinion on the transfer!