Just six months after signing a new contract with West Ham amidst interest from Chinese clubs, striker Marko Arnautovic seems to be up to his old tricks. The mercurial forward has reportedly handed in a transfer request according to Independent.

This type of news is nothing new for Hammers fans. Arnautovic has openly flirted with China and their eye-watering contracts in the past. In fact, much of last season was filled with speculation surrounding his future with the club. 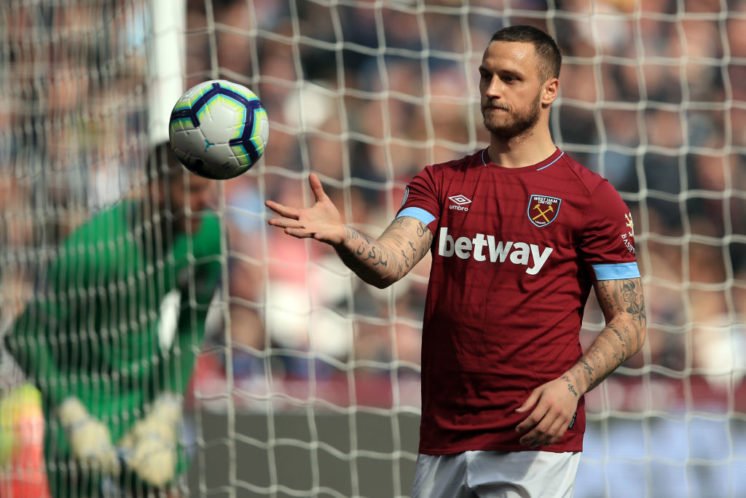 West Ham remained stubborn in their attempts to hold onto their man. They were even able to get Arnautovic to sign a new £100,000-a-week contract just last season. However, that seems to all be in the past as the Austrian seems to have his heart set on a move to the Chinese Super League.

If West Ham do indeed sell their want-away forward, they will have a major hole at the top of their attack. Chicharito and Jordan Hugill are the only other strikers on the Hammers roster, and Chicharito is rumored to be on his way out as well.

Should West Ham let Arnautovic make the move to China? Who should they target if they decide to sell him? Let us know your thoughts down below!