One name that has caught the eye of many in the Ligue 1 after his breakthrough season with OG Nice. Youcef Atal only joined the French side 12 months ago to replace now Premier League star, Ricardo Perriera, and now looks set to follow in the footsteps with a move to England. The 23 year-old has caught the eye of a few particular European giants like PSG, Chelsea and Tottenham Hotspurs.

At this moment in time, Mauricio Pochettino is keen to strengthen his right-back options with Kieran Tripper becoming a liability for the Champions League finalist. The Englishmen is gaining interest from all around Europe with Juventus being the keenest and Atal could be the ideal replacement for the North London side.

With his breakthrough on to the European stage only making noise in the past few months not many people know much about the OG Nice right-back. So for people who don’t follow the Ligue 1 – Here’s what to expect from the young Youcef Atal.

One major positive from the Algerian is his burst of pace and dribbling going forward and this is the reason why Atal has been used in an attacking position in some parts of Nice games. The 23-year-old uses his bundle of acceleration and pace to get past opponents and even in tight defensive situations which allows him to get the team forward extremely quickly and hit them on the counter-attack. Youcef Atal attempted 206 dribbles in all competitions last season with 102 being successful but this shows how the right-back is always aiming to beat the opposition instead of going back when receiving the ball. Neymar was the only player in Ligue 1 to attempt more dribbles than the Algerian with 212 but if you compare the Nice right-back to his potential replacement at Spurs, Kieran Tripper, who only attempted 24 dribbles in all competitions.

Despite being a full-back for the majority of his career he still knows how to get on the scoresheet. Atal scored six goals this season with one game being the stand-out of his career was the 3-0 win over EA Guingmap. The Algerian scored a hat-trick in that specific game playing as an attacking right midfielder which shows the versatility but also the attacking presence the 23 year-old contains along with his defending abilities.

But to compete at the very top of any league or competition as a right-back you need the end product. Playing as an RWB for the majority of last season Atal would have had plenty of opportunities to create chances for his teammates. However, the 23 year-old only collected one single assist in his 29 appearances in Ligue 1. Along with that stat he only created 13 chances for his teammates in the Ligue comparing that to Tottenham Hotspur full-back, Kieran Tripper, who still managed to create 41 chances this season despite being below par for the majority of it. If Atal was to make the move over to North London then the full-back would need to improve on his end product. Mauricio Pochettino over the past few years has used his wing-backs as wingers to help them create opportunities down the wing. Another ability he would need strengthening is his crossing with only nine total crosses in all of his appearances in the Ligue 1. This could completely depend on Nice style of play as some teams prefer to work the ball into the box instead of putting players inside the area. But if Atal was to replace Kieran Tripper at Spurs then he would need to improve on the crossing situation as the Englishmen had a total of 46 crosses and created plenty of opportunities for the attackers.

The versatile Atal has plenty of pace to burn in attacking situations or track back in defensive moments.  In the second part of the season, the full-back played in more attacking positions, prominently as a wing-back or even as an attacking right midfielder. So the Algerian preferred formation is involving wing-backs with three central defenders which Mauricio Pochettino has spoken as his preference to use that formation. The Argentine has been made to settle for four at the back  for the majority of this campaign with key injuries in the defence and the lack of attacking presence from both flanks. Youcef Atal brings the burning pace that has been lacking the right side ever since Kyle Walker left the club and at the age of just 23 years can develop and suit Mauricio Pochettino philosophies.

Is Youcef Atal the Right Player for Tottenham Hotspur?

At the age of just 23 years-old and playing in his first full competitive season in Ligue 1 the Algerian still has plenty to learn on the European stage. Tottenham weak spot last season was the right-back position with Kieran Tripper conceding too many opportunities down his side but also lost the attacking intent that he had before the World Cup and even Kyle Walker. Youcef Atal is a very attacking minded full-back which would suit Mauricio Pochettino three at the back but can also read defensive situations and help his team get out of trouble. If the OG Nice player was to join the North London club then he would need to improve on his end product especially his crossing as that a major ability that any full-back needs to play in the Argentine’s squad. 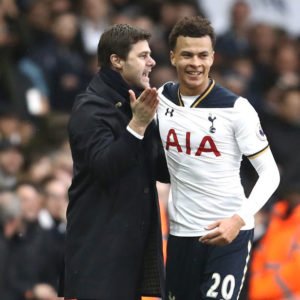 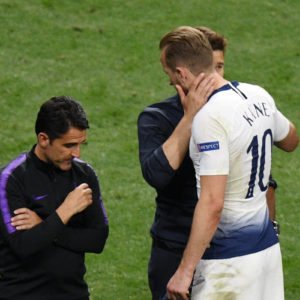