Fiorentina is battling to convince Federico Chiesa to stay at the club amidst strong interest from Juventus, according to Calciomercato.

It was reported earlier in the month by both Caclciomercato (again) and Fabrizio Romano that Juventus were nearly done finalizing a deal to bring the dynamic winger to Turin. Fiorentina are doing the best they can, but it is hard to refuse the buying power of the Old Lady.

Chiesa is one of the hottest names in this summer’s transfer window. The young, Italian winger has been the subject of numerous rumors already this summer. It’s no secret why, Fiorentina’s hottest prospect has enjoyed great success in the Serie A in his short career. 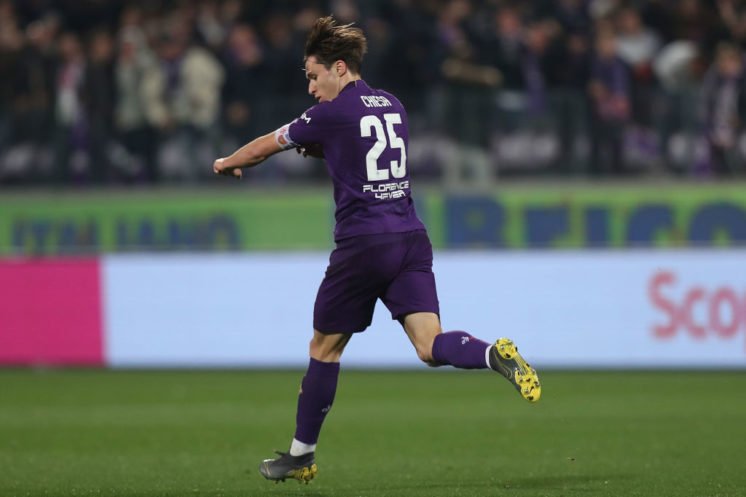 Although Juventus may have reason to believe Chiesa will be pulling on their kit next season, another club has thrown their hat into the ring. Fresh off appointing Antonio Conte as their manager, Inter Milan are also in the running for Fiorentina’s wonder-kid.

SempreInter has reported that the Milan giants have offered young talent Andrea Pinamonti to Fiorentina in an attempt to poach Chiesa from under Juve’s nose.

So where will Chiesa end up next season? Will Fiorentina somehow hold onto their star man or will he be suiting up for Juve or Inter next year? Let us know your thoughts in the comments and share this news!