After weeks of speculation, it seems Manchester City will not be hassled into selling their young prodigious versatile winger, Leroy Sane.

After weeks of uncertainty and speculation, it seems Leroy Sane won’t be returning to his homeland, in a transfer which would have seemed his land at Bayern Munich. According to Mirror, Bayern Munich president Uli Hoeness has conceded defeat in their chase for the 23-year-old winger labeling Manchester City’s demands as “insane”.

Manchester City is said to value their prized winger at  €90 million, which is above the  €80 million limit Bayern Munich had set. According to Mirror, Uli Hoeness said “We are a football club. We have reached a limit with  €80 million, and I don’t think that we’ll exceed that in future transfers.”

Mirror states Manchester City were prepared to offer Leroy Sane a pay-raise in a reportedly deal worth an astonishing  €150,000 plus bonuses. This, however, is well-merited having seen Leroy Sane score 10 goals and assist on 10 further occasions from 31 Premier League appearances. However, only 21 of those appearances came from the start. With Riyad Mahrez, Raheem Sterling, and Portuguese Bernard Silva as competition, Leroy Sane is reported as having been set off by the presumed lack of appearances.

Manchester City signed Leroy Sane back in 2016 from Bundesliga side Schalke for €37 million to great success, having won two Premier League titles, 1 FA Cup, 2 League Cup’s, and an FA Community Shield. This does not include his 2018 PFA Young Player of the Year award. With such success, it is no mind-boggling why Bayern Munich labeled Leroy Sane as their main priority for the summer. With club legends, Frank Ribery and Arjen Robben both set to leave the club there was a vacancy on the Bavarian wings, Leroy Sane would have slotted just in.

Where will Leroy Sane Line Up this Season? 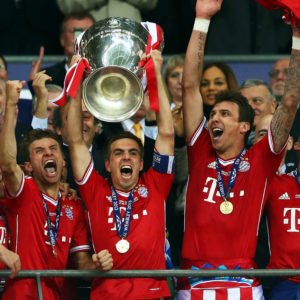 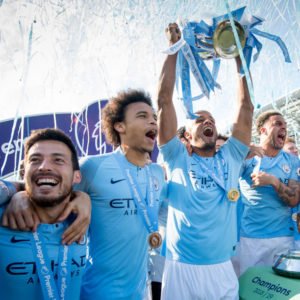